Blog time people!  It comes around so fast – well it does for me in any case.  Our in-house PR person, Jess (amongst her many positive traits of being red haired, vegetarian and a cricket tragic), looked me in the eye on Tuesday and said you better have something good for the blog page this Friday. Oh the pressure. I think at the time she was devo about Australia losing 5 cricket test matches in a row and was taking it out on me. If only she could bat. The country, at the very least would be saved.

As per normal, it has been so action packed since the last instalment.  Probably the most important and interesting thing (well for me) was I was on TV! I had my 15 minutes of fame, but in this particular in instance it was 8 minutes and 17 seconds, so I figure I will have another 6 minutes and 43 seconds sometime soon.  If you missed it.  I looked pretty dapper. Click on the picture below to watch it! 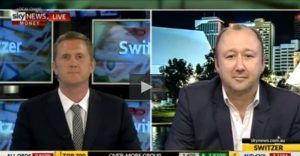 I was also in Brisbane in the last month trying to keep up with Cellar Door stars Jodes and Tush, who successfully held the fort there talking v-e-r-y slowly so that Queenslanders could understand them.  They were there representing Elderton for the Good Food & Wine Show.  Interestingly Tush, met Ian out one night out on the town. Ian’s claim to fame was that he ran across Australia dressed only in a mankini.  Thankfully he is not wearing it in the picture below. 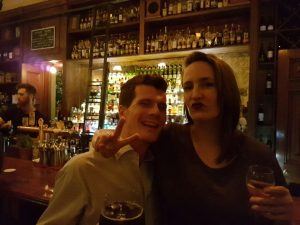 The rain has simply just not stopped – well apart from this week. It has just been amazing. Worry not Eldertonians, because at this time of the year it advantageous to have a little bit of rain. Although when you come out looking at the Command Shiraz vineyard and you see a torrent like below as it was 30 September. It was a tiny bit worrying. At the time we may have used a lot more descriptors that could have been a lot more uncouth.

Although 2 weeks later it looked perfect – thanks to super viti Peter ‘Wildman’ Wild. 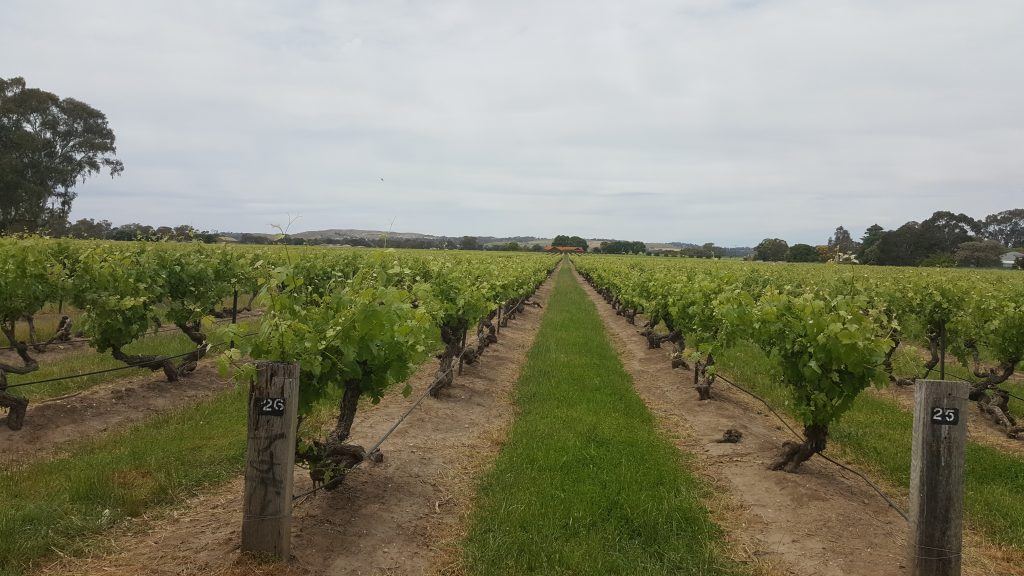 A very wise man, namely one Allister Ashmead, said to AAP after the event.  ‘The water table is being rejuvenated and the vines have had a drink.   But this was a big one, no doubt.’

Cameron ‘As seen on TV’ Ashmead