Renowned internationally as one of the world’s greatest wine regions, the Barossa is home to almost 200 different wine companies; some of whom have been using the same vines for seven generations. The Barossa is home to the world’s oldest continually producing Shiraz, Grenache, Mataro, Cabernet Sauvignon, and Semillon vines. Shiraz vines planted in 1847 by Johann Frederick August Fiedler are still in commercial production today!

When people think of Barossa wines, they’ll likely initially think of a Shiraz or a Riesling; two varietals the region is famous for. However, the diversity of conditions and soils available to winemakers in the Barossa allows for a vast variety of over forty different types of wine grapes to be grown in the region, each with its own personality and nuances.

Located around 34° south of the equator, the Barossa sits within the temperature latitudes of the majority of the world’s wine regions (between 30° and 50°). The Barossa generally experiences a typical Mediterranean climate; warm, dry summers and cool, wet winters. Winter (from June to August) brings some (but not too much) rain, and cold temperatures. In the warmer months, from September through to February, there is an abundance of sunny days, which encourages the vines to grow and the grapes to fully ripen, developing a balance of acidity and sweetness. During harvest time in autumn, the days are usually mild and sunny, with cooler nights.

These conditions are perfect for full-bodied reds, and robust whites, which the region is most famous for. Elevations vary across the Barossa though, with climate differences to match; with warmer temperatures experienced in the valley and cooler climes in the surrounding hills. This allows a wide variety of wines to be produced to a world-class standard.

For more information on all things Barossa wine visit barossawine.com.

Our wines vineyards our story our experiences Gallery 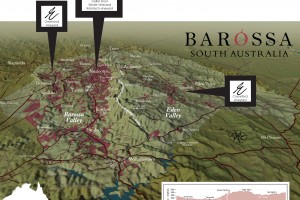 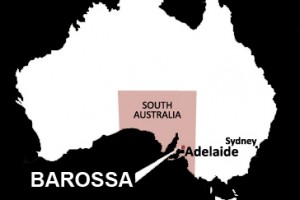