Chat with us, powered by LiveChat

A team approach to ensure best practice in both the vineyards and winery is key to guarantee absolute quality in the bottle. Attention to detail in pruning, picking and winemaking, and using a combination of state of the art facilities and machinery with some tried and true traditional techniques, ensures that the wines of Elderton will always show great brightness, purity and quality. 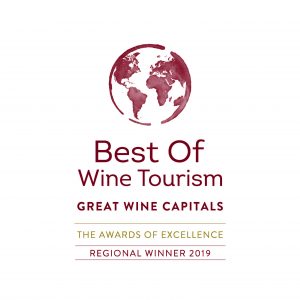 We are very proud of winning the South Australian Best of Wine Tourism Awards – Wine Tourism Services, announced in November 2018. This is a reflection of our friendly, knowledgeable staff who welcome you to the family. Our Cellar Door is an Accredited Tourism Business – trustthetick.com.au

Wines of the Year
Decanter 2008

Elderton reds are luscious, hedonistic wines full of honesty in that they reflect the age of the vines and the special piece of dirt in which they grow.
Andrew Wood, Devine Magazine

The founding Ashmead family, with mother Lorraine supported by sons Allister and Cameron, continues to impress with its wines… The Command Shiraz is justifiably regarded as its icon wine…
James Halliday

A delightful tasting of rich and powerful, yet well-integrated, balanced wines. The Elderton jewels of Command and Ashmead deserve their rightful place among the
Barossa – indeed, Australian – icons of red wine!
Winestate

OUR RANGE CELLAR DOOR OUR VINEYARDS

You can also order wine online, view your past online orders and receive free door to door delivery anywhere in Australia, for orders over $100.