Elderton is a leader within the Australian wine industry with regard to environmental sustainability. We have proactively implemented a number of initiatives in the day to day operations of the winery, in order to minimise our environmental footprint and promote a sustainable, clean and environmentally responsible work place.

Elderton has been committed to offsetting our carbon emissions since 2006. We are currently doing this through measuring our carbon footprint and working with Carbon Neutral to purchase carbon offsets, in particular Australian Biodiverse Reforestation Carbon Offsets. This Australian Reforestation project is the Yarra Yarra Biodiversity Corridor plantings, located in the northern wheatbelt of Southwestern Australia. The region has an exceptionally high number of plant and animal species found nowhere else in the world. It has been identified as one of 35 global biodiversity hotspots for wildlife and plants, and the first one identified in Australia. To date, over 30 million mixed native species trees and shrubs have been planted in the Yarra Yarra Biodiversity Corridor.

We are also looking to the Climate Active initiative to continually improve what we are doing.

A major solar panel grid was erected on the winery in September 2010 and was one of the largest solar projects undertaken by a winery in Australia. We doubled it’s size in 2014 and have again upgraded in 2019. The system, now with 120kW of solar power generation, will help to reduce the winery’s carbon dioxide emissions by at least 55 tonnes annually.

In conjunction with the Barossa Council and the Adelaide and Mount Lofty Ranges Natural Resources Management Board, Elderton is regenerating the banks of the North Para River where it flows through our Estate in Nuriootpa.

Elderton is water self-sufficient 11 months of the year, through harvesting of rain water from the roofs of the winery buildings. Also, the winery’s effluent system recycles 100 per cent of the water that travels through the system, to a quality level that can be used on the vineyard. We expect to recycle around 5ML of water annually. 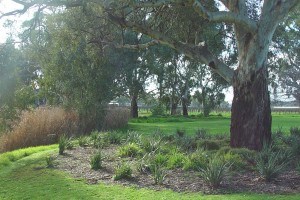 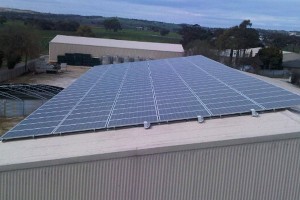