Yes, it has started…

I am not talking about our awesome Wine Vault Club, that was meant to start in April 2015, but started a wee bit later in 2016. [BOOM!]

I am also not talking about an excellent 2016 Barossan vintage, which is almost finished for the year, but hey more about that later.

I am talking about this blog and actually starting it.  Admittedly I said I would never write one – now I feel like a fried egg for ever saying that.  The associated thought bubble began in January, when I committed to the project.  It took a lot of gentle digs in the office to motivate me.   Not everyone was thrilled, this was the reaction of Buzz, when I told her I was starting writing one. 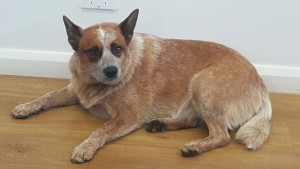 How awesome are blogs generally?  Yes, you are right not very.  Hopefully this one will be a little different and normally not as long as this post, because personally I am yet to actually read one.  However, I must be doing something right because you have read this far….   Sucker!  Or infinitely more likely you are being paid by me to read this on work time, which means in this case I am the sucker.

The blog will give you an insight as to what happens at Elderton behind the scenes.  The aim is for a light hearted approach.  You should know we take the business of growing grapes and making wine very, very seriously –  but we love having fun doing it.

Back to actual events.  Sooo much happened in February.  We simply just must recount, we simply must:

Importantly vintage for the reds started.  It has been a crazy year.  Our viticulturist, Peter ‘Wildman’ Wild says there is no such thing as a normal year anymore.  But if there is anyone who more skill sets to handle these conditions, I am yet to meet him, because WM is the man. See below in muscle man pose. 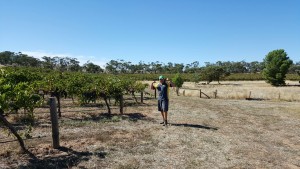 He has dealt with lower than average rainfall, heat events in December and January and then a mild February and more recently a little rain.  He has taken it all in his stride and only a little bit of whinging, but hey that is kind of endearing.  See look the grapes look like grapes. 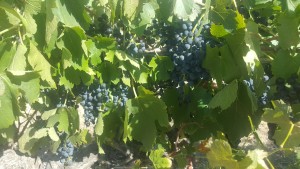 In turn WM has tag-teamed his efforts to Elderton’s winemaker, Richard Langford.  Who after 13 years at Elderton is perfecting his A game.  We’re making the best ever wines in our history and considering what came before, that is pretty amazing.  He has been joined this year by my wifey, Julie, who has worked all over the world in winemaking roles.  2016 according to Richard will be a classic – excellent quality and higher than normal recent yields.

I personally have been having a hoot in February.  I travelled to KL and Singapore recently and caught up with many long-time supporters and friends.  You can see below I was with CC in KL and unfortunately Riche & Kevin in Singapore.  The photo with Riche is the most PG one I can post.  It always amazes me in south east Asia that they love drinking full bodied reds considering the climate, but I love it! 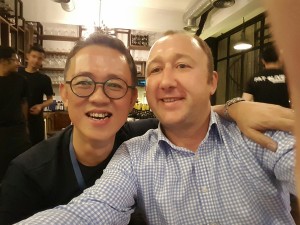 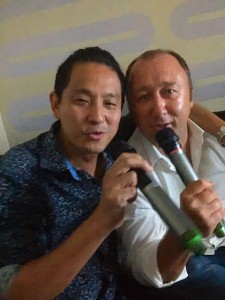 More about the vintage and a Euro road trip with the next post.