[view the story as a PDF] 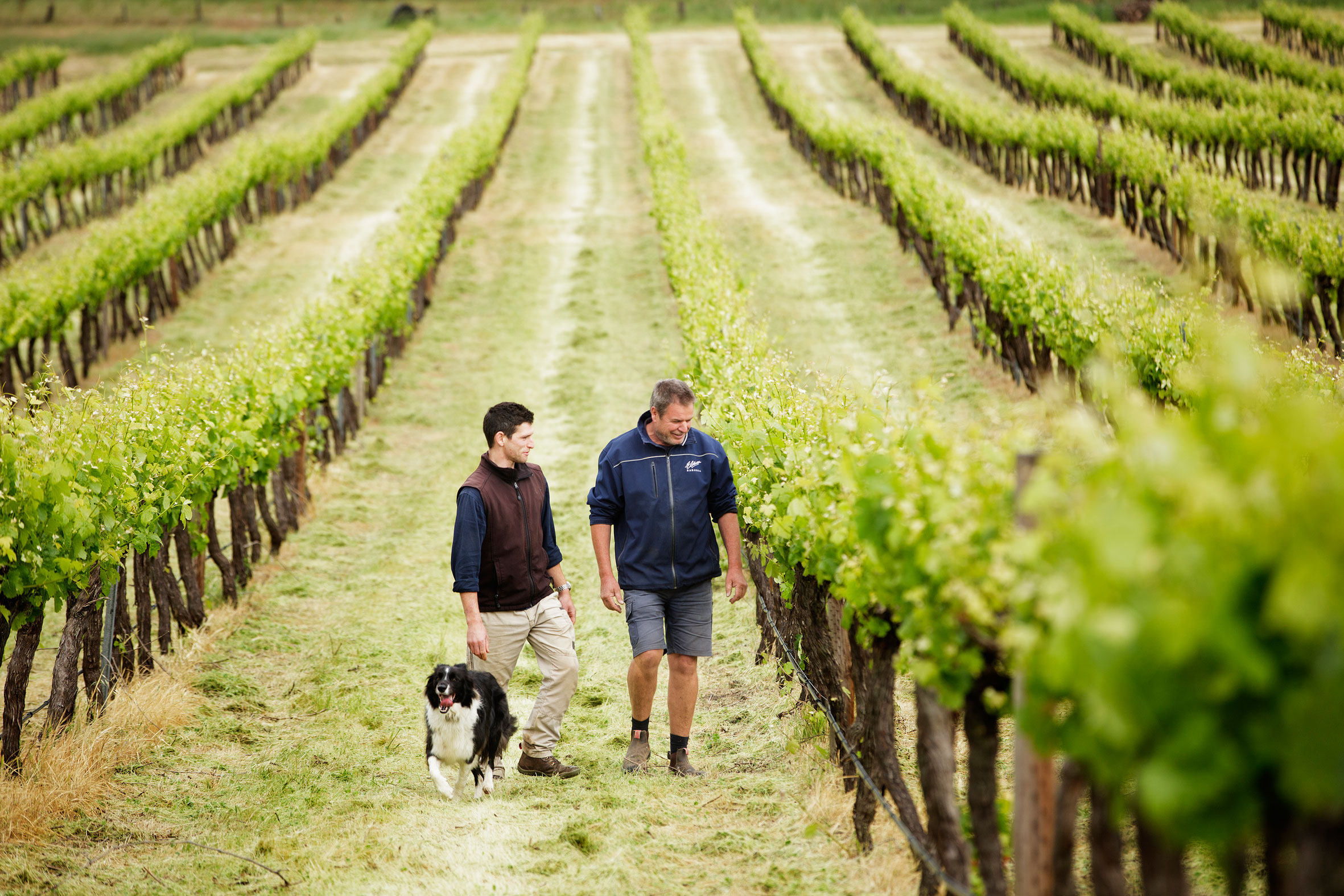 Baloo, Conrad and Peter in our Craneford vineyard

As we navigate vintage 2022, we are extremely excited by the prospect of receiving some remarkable fruit from Peter, Conrad and Steve in the vineyards (and hopefully some good quantities as well.)

Brock and Jules have high expectations for the new harvest. Although Brock recently broke his ankle as a result of slam dunking the ball in local A-Grade basketball, so he might find the pace of vintage a bit hard to keep up with! He is also now highly unlikely to post the fastest shovel time in digging out an open fermenter, which is a highly sought after title in the winery.

Our vintage team have been assembled, mostly of Australian wine lovers. We also have one guy from Michigan who has been happily stuck in Australia through the pandemic. They are a keen and eager bunch, and we are sure they will do the job with required passion, intensity and hard work.

It really is the most exciting time, and we look forward to telling you more about the vintage in due course, along with getting our early drinking whites to market by the middle of the year.

Nuriootpa and Greenock were through veraison in mid-Feb (when the bunches change colour and start to accumulate sugar) and into ripening, while Craneford is a little behind with bunches just starting to colour up.

The season has been much cooler than in recent years and as such, at the time of writing, we are expecting to start harvest around two weeks later than last year. We will likely be picking well into Autumn for the later blocks at Craneford.

Long growing seasons are generally regarded as being some of the highest for wine quality so we are anticipating an exceptional year for quality.

It certainly has been a bit of a different growing season, but we are mostly pleased with how it’s gone. The conditions have been cooler and wetter than average which the vines have thoroughly enjoyed. It’s been a long time since the vineyards have looked this healthy!

The hail event at Nuriootpa in October has continued to subtly affect us. As shoots have grown, and bunches developed, the extra weight has caused the occasional damaged shoot to snap off, causing a gradual loss of bunches.

Despite the higher rainfall this growing season, we have still been seeing value in the newly installed moisture probes. These continuously read the level of moisture in the soil at various depths and show exactly where the water is going. We are combining the probe data with in-field observations and Vineyard Manager, Peter’s, experience to know we are using the water effectively and not wasting a drop. No doubt the effects will be compounded in future seasons that are drier.

Read more detail about the vineyard throughout the year on Conrad’s blog posts.

[view the story as a PDF]

Story from our newsletter, the Elderton Buzz – March 2022 edition

A Vintage to Celebrate: 2018 Command

March 15, 2022 [view the story as a PDF] The 2018 Command Shiraz is finally available, and it is not to be missed! As a vintage, the 2018 growing season started off well, with winter rainfall around 10% higher than average. However, spring rainfall was down by about a quarter and December was about half of the Barossa... Read More 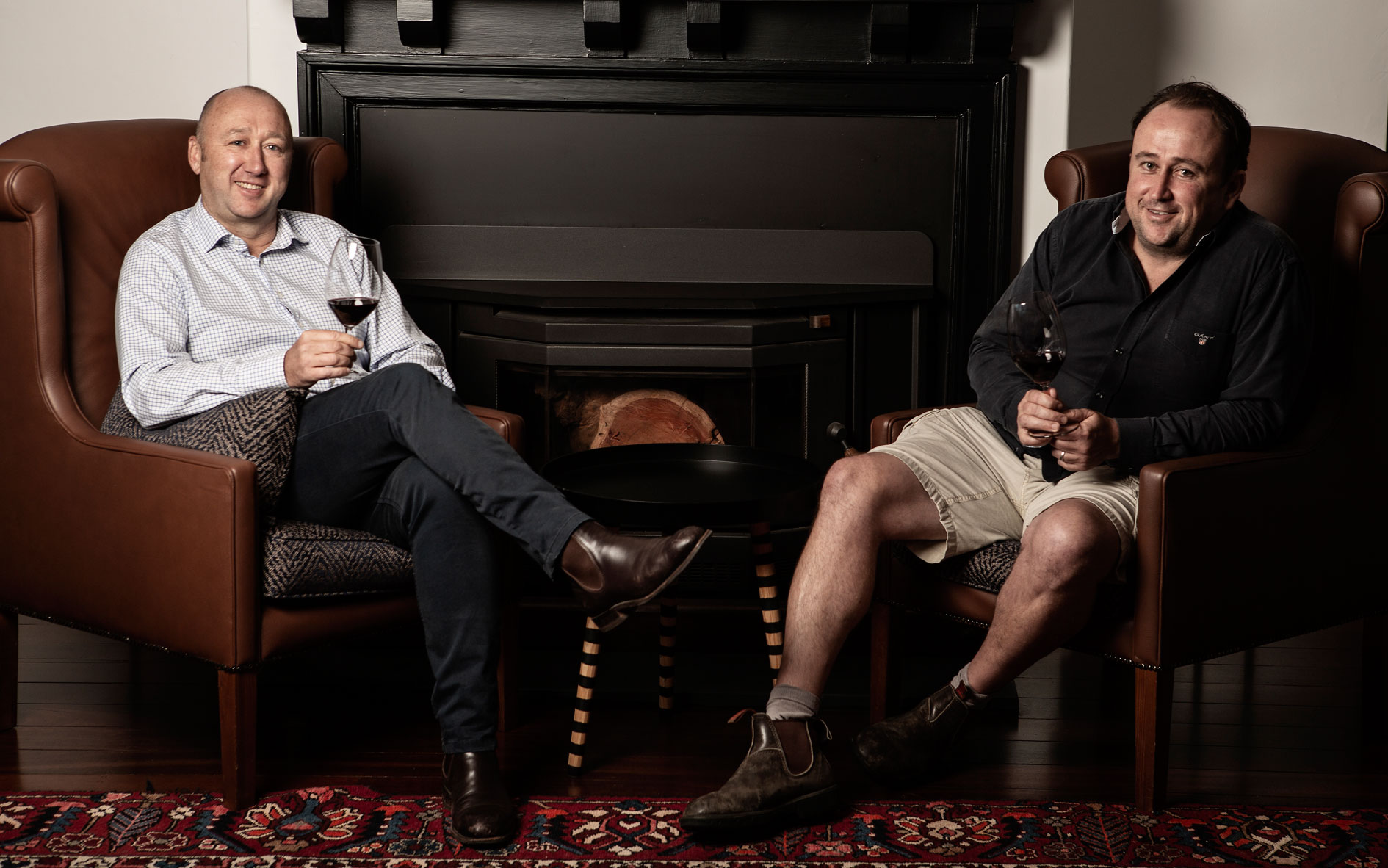 March 15, 2022 [view the story as a PDF] 2019 really was a tough year for the Ashmead family’s iconic Nuriootpa vineyard. For the first time in the 40 years of Ashmead family involvement with the property, the vineyard was hit with multiple catastrophic frosts. This ensured yields were down by approximately 70% right across this prized vineyard... Read More