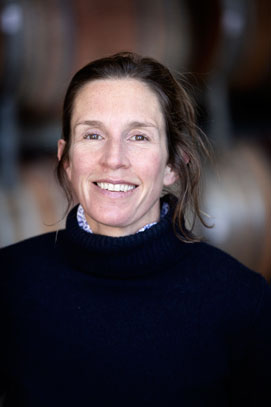 Jules took the newly created position of Head of Production, overseeing both viticulture and winemaking at Elderton in July 2019.

Along with raising half of the third generation of Ashmeads with Cameron, Julie is the fifth generation winemaker at Campbells of Rutherglen, has worked vintages around the world and previously held positions at Two Hands and Turkey Flat.