Yesterday we had a fabulous day for the 2019 Elderton Tennis Classic. After a week of super windy weather, the event gods put on the most spectacular spring day for everyone attending. We enjoyed perfect tennis weather, strong competition and most importantly fun!

Firstly, a huge thank you to everyone who came to play in the Classic, and to those who came to support and cheer for the players. It is you all who make this day the great event that it is. It was great to see a number of teams who played last year come to compete again, including all the grand finalists from 2018! 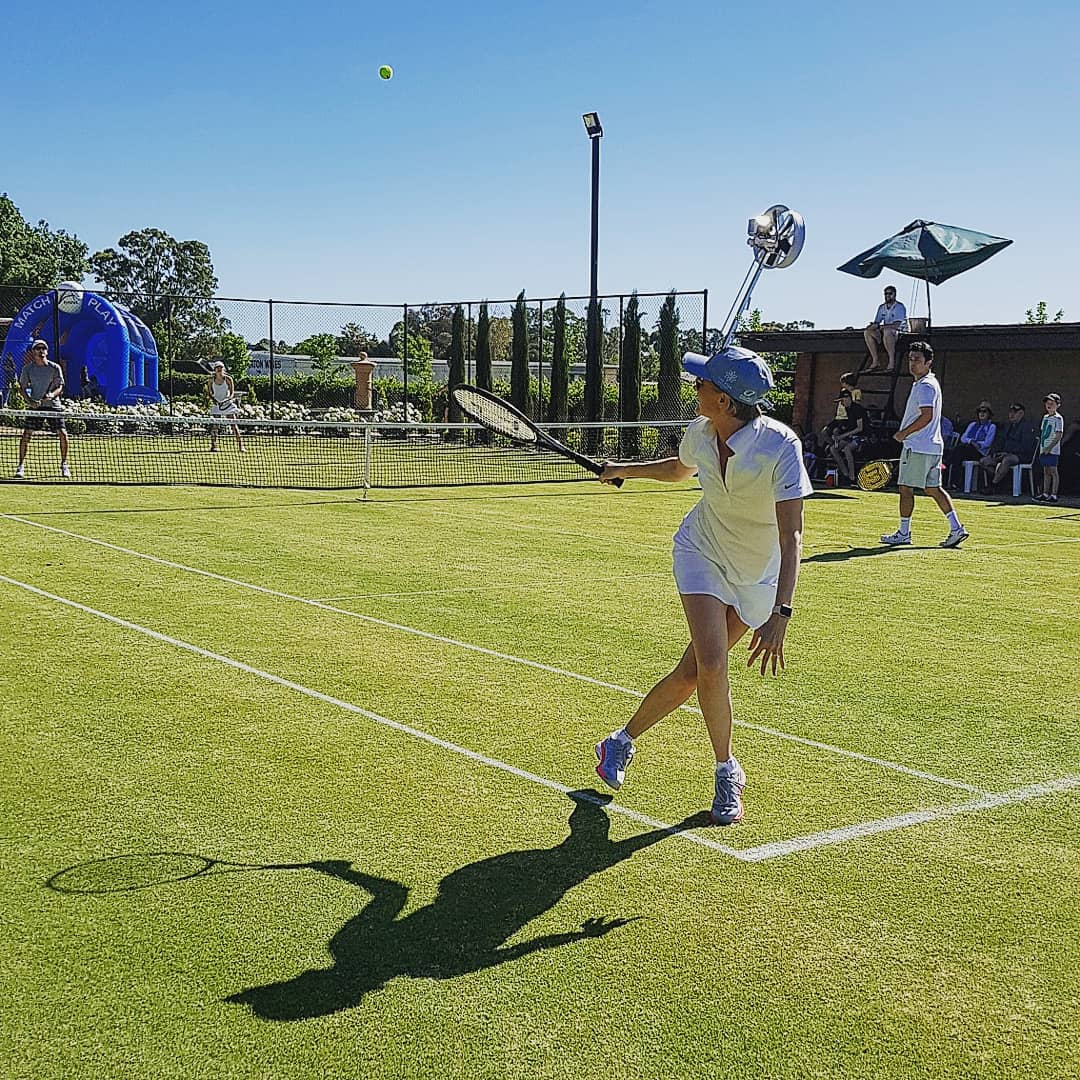 The Elderton Tennis Classic is a Fast4 tournament, with mixed doubles competing in two categories based on tennis ability – Here to Win and Here to Wine.

We began the day at the Nuriootpa tennis courts were the round robin qualifying was held with 27 mixed doubles teams.

After lunch the event moved back here to Cellar Door, for the finals which were played on the grass court. Spectators were able to take front row seats for the finals, relax on the lawn with food by Barossa Street Food, and take a quick dip in the pool to cool off. The kids were able to enjoy the Match Play inflatable, thanks to Matt from Tennis SA.

The ‘Here to Win’ category had many strong competitors, with great tennis played throughout the day. The grand final saw some entertaining rallies.

Congratulations to 2019 Elderton Tennis Classic Champions, Olivia Ley and Oliver Douglas, who won a dozen Ashmead Cabernet Sauvignon and two tickets to the Australian Open semi-finals, thanks to Kia. 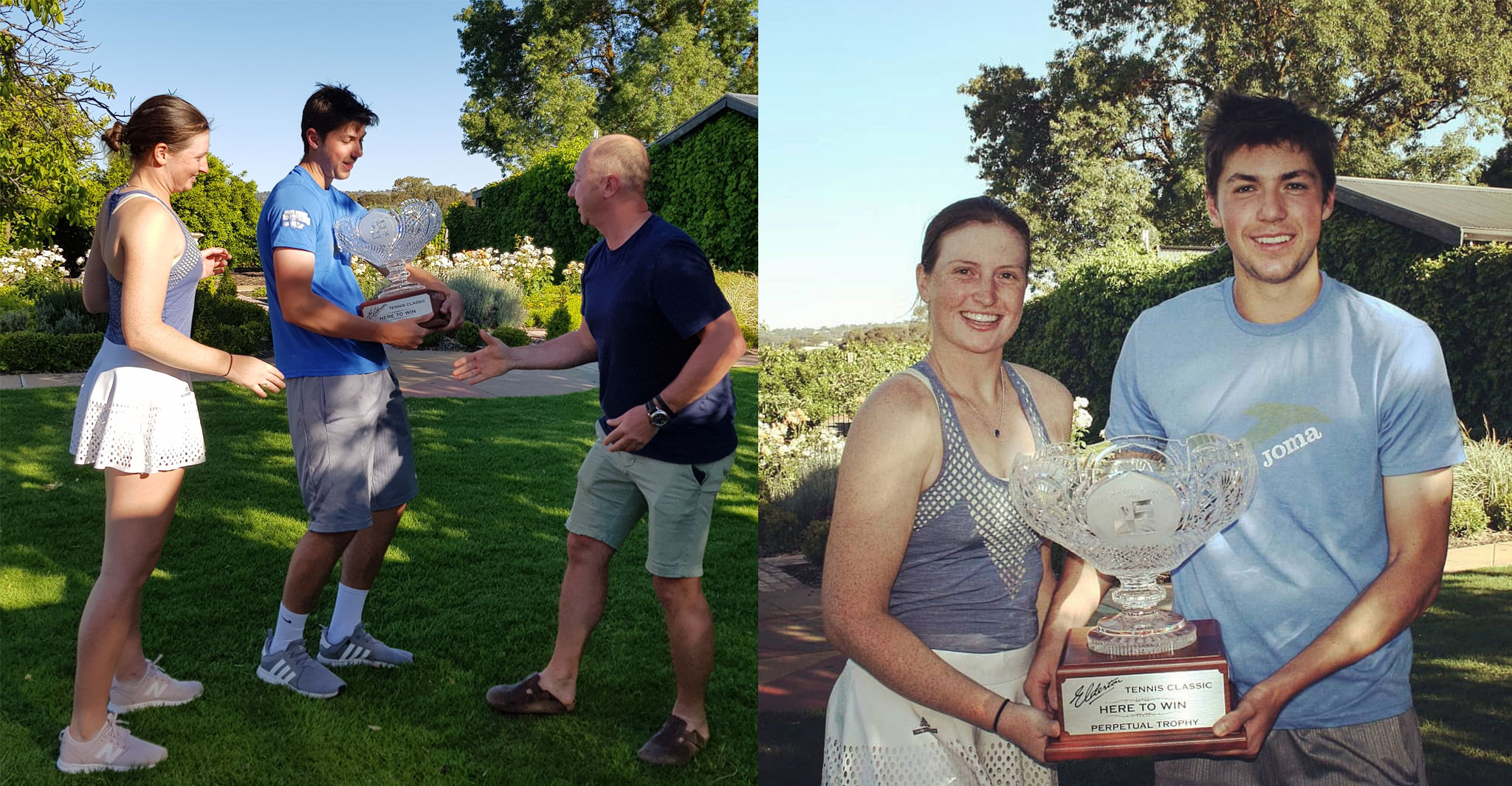 Runners-up were Natalia Djukic and James Chataway. James and Natalia were grand finalists, and runners-up last year, so are hoping that it’s third time lucky for them next year! 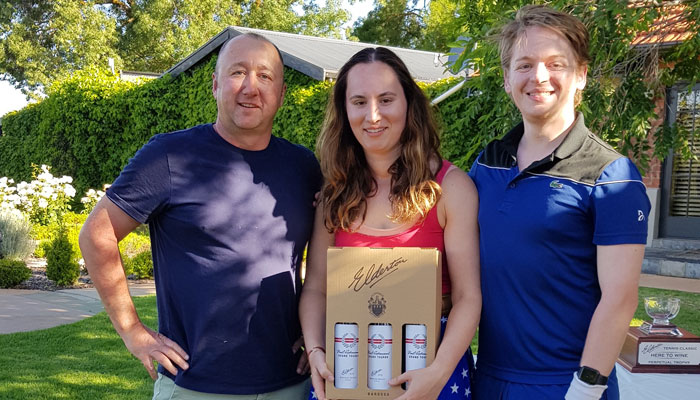 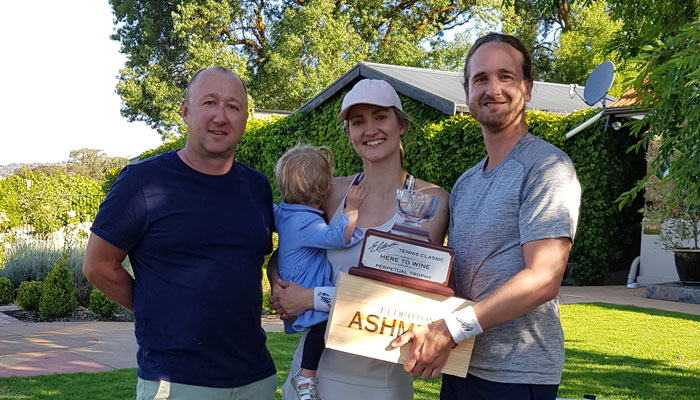 Runners-up were Matteo Carboni and Emily Hayes (also runners-up in 2018!) 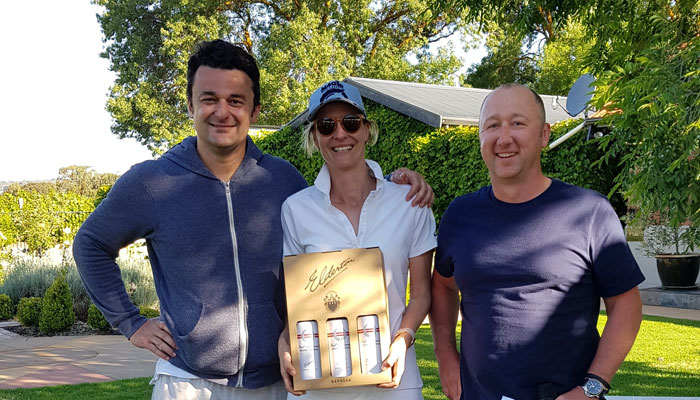 Other prizes were also awarded to celebrate the fun side of the day: If you’re interested in your own tennis and wine experience at our Cellar Door, check out our new experience – Taste, Set & Match.

Thank you to Tennis SA, Nuriootpa Tennis Club and Kia for their support of the 2019 Elderton Tennis Classic. 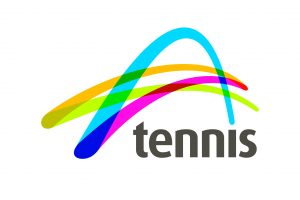