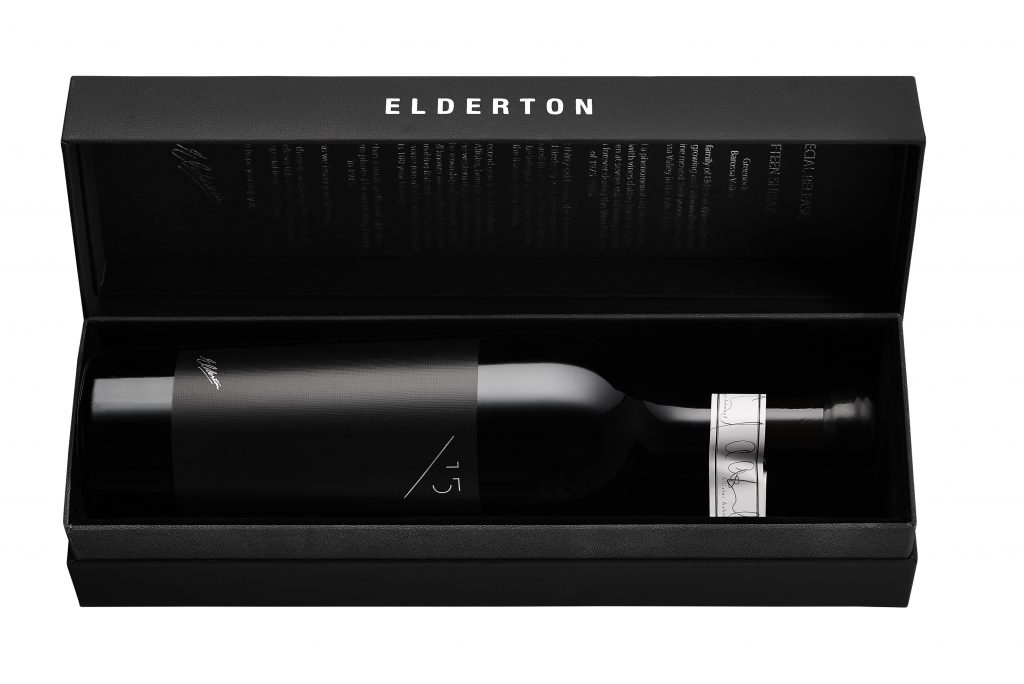 On the beautifully sunny, perfect Barossa afternoon of Saturday 20 October 2018, we hosted a gathering of some our most fervent and loyal supporters to celebrate the upcoming release of the 2016 Elderton Fifteen Shiraz. This annual tasting and dinner is our way to say thank you to the very best supporters of Elderton, through our Cellar Door each year.

We began with a tasting in our barrel hall, looking at some wines from our Exceptional Sites and Elite Single Vineyards ranges, culminating in the 2016 Elderton Fifteen Shiraz. Allister provided insight into each of the vintages, winemaking techniques and of course the fabulous stories behind the wines. 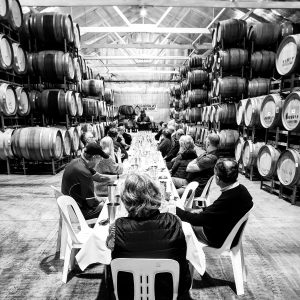 In the brackets we compared current vintages and yet to be released vintages – some of which are bottled and maturing nicely until their release and others that were barrel samples showing a glimpse of the future!

Bracket 1 – the wines dedicated to the founders of Elderton – the Ode to Lorraine and Neil Ashmead Grand Tourer Shiraz.
Bracket 2 – the Ashmead Cabernet Sauvignon and Command Shiraz
Bracket 3 – previous releases of the Fifteen Shiraz (2013 and 2015) and the 2014 Western Ridge Shiraz
Bracket 4 – the 2016 Elderton Fifteen Shiraz and barrel samples from 2017 and 2018

We continued to celebrate with dinner at Cellar Door; canapes were enjoyed in the garden and dinner fabulously seated in the Commander Room and alongside the Duke Wine Cellar. Treated to an amazing menu by Chef Peter Clarke of Vintners Bar & Grill each of the courses showcased the theme of ‘black’, to reflect the label of the Elderton Fifteen Shiraz. This was alongside some current release wines and some museum wines, specially selected from the Ashmead family museum by Allister and Cameron.

It was a thoroughly enjoyable evening, and a great celebration of the 2016 Elderton Fifteen Shiraz. Thank you to our guests, who travelled from across Australia to join us for the celebration – we certainly thank you for your continuing support of our small family business.

This wine will be released to the public on Tuesday, 13 November at which time you will be able to purchase online or at Cellar Door. Put it in your diary!